Below: Elements from ’25 Reasons’ 2016 annual appeal social media and online campaign. This campaign raised over $75,000 – double the target. 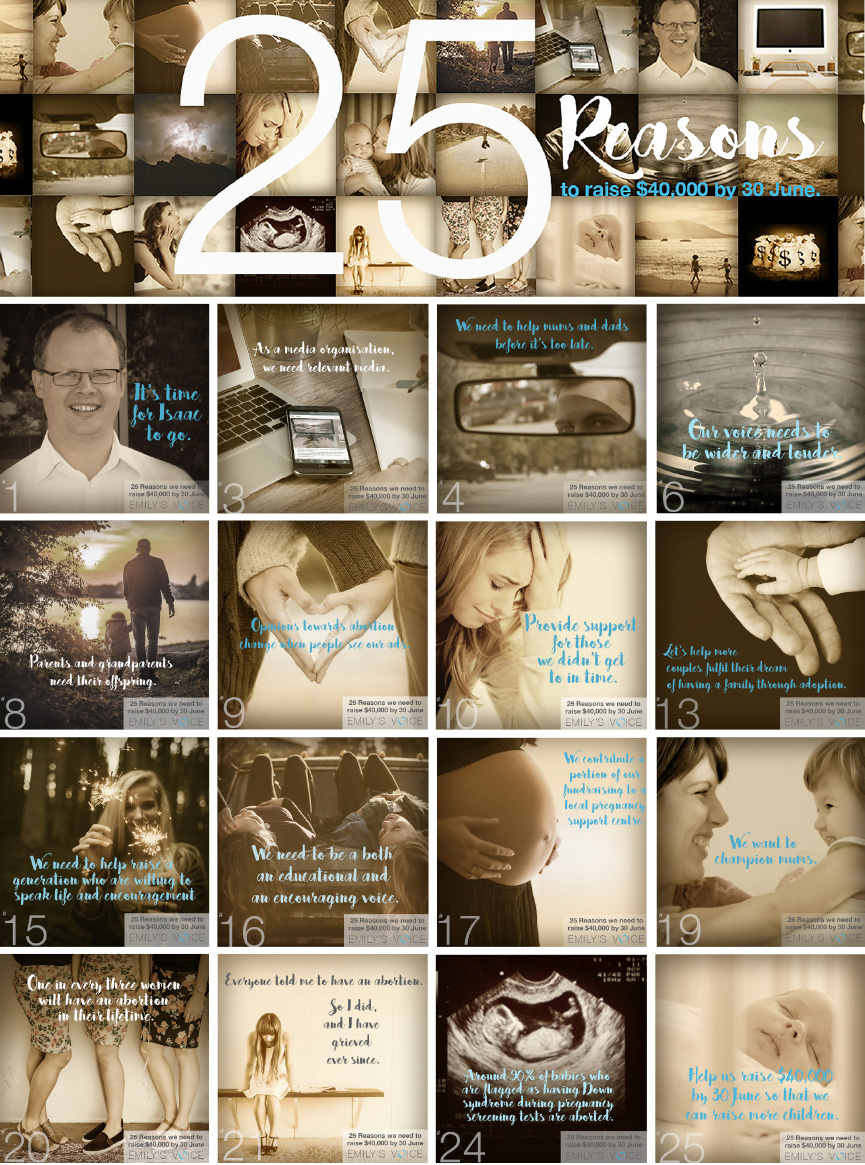 Below: Elements from Claire’s Story social media and online campaign 2016. 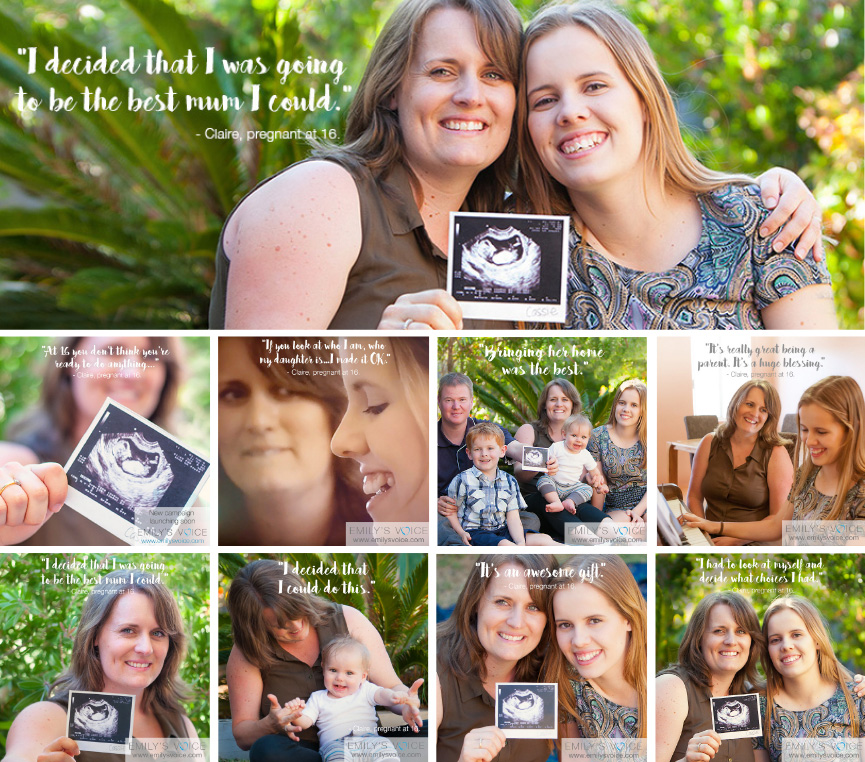 Below: Elements from 2015 Christmas social media and online campaign. 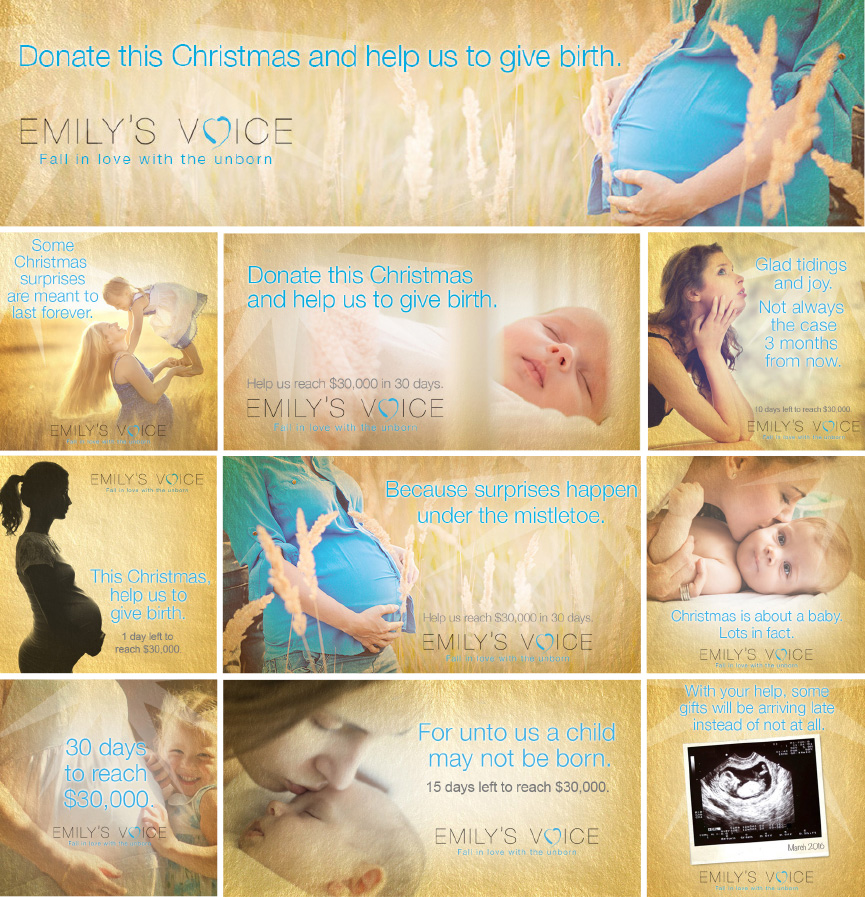 Below: A simple Facebook video for Mother’s Day campaign 2016.

Campaign Objectives:
1) Annual Appeal Campaign: ’25 Reasons to raise $40,000 by 30 June’. This campaign serves both as fundraising and also a brand building exercise on many digital channels across 25 days.
2) Claire’s Story Campaign. Primary purpose to raise brand awareness for Emily’s Voice (new audience) and secondly to raise funds/support.
3) Christmas Campaign (2015). Primary purpose raise support for Emily’s Voice and secondly to build the brand through awareness across multiple channels.
4) Mother’s Day Campaign. Objective was to simply encourage mothers/motherhood on Mother’s Day in 2016.

Target Audience:
Various audiences depending on the campaign. Primarily Mother’s – but also father’s as a secondary target – who are pro-life and want to do whatever they can to support Emily’s Voice activities. The Claire campaign was the one targeted specifically at those mother’s about to make a decision about they unborn child’s future.

Outcome and Evaluation:
The 2016 Annual Appeal raised over $75,000 in 25 days, almost double the target. Other campaigns have also achieved their objectives, each returning significantly on investment for the Emily’s Voice and each positively building the brand.

Strategic Minds quickly understood and interpreted the brief, delivering a range of content (in some cases up to 30 different daily social media posts) for Emily’s Voice. Showing great creativity and sensitivity, they delivering content that was on time and within a small budget. This campaign hit the mark and enhanced our brand. Paul O’Rourke, CEO, Emily’s Voice.